Sony Ericsson made an unexpected announcement last night at the Mobile World Congress in Barcelona, the company is going down the Windows Mobile route with a range of new devices of which the first one is the XPERIA X1.

For those of you thave have been waiting for a do-it-all type of PDA/Smartphone then the XPERIA X1 might very well be what you've been waiting for. This amazing device features 3in touch screen with a native resolution of no less than 800x480 pixels (that's the same as the Eee PC), 400MB of built in memory, quad band GSM with GPRS and EDGE as well as quad band 3.5G with HSPA and HSUPA.

It measures 110 x 53 x 16.7 mm (HxWxD) and weighs 145g. It also has a 3.2 Megapixel camera with auto focus and a photo light, WiFi, Bluetooth 2.0, aGPS and an FM Radio. If this still doesn't make you happy, how about a sliding QWERTY keyboard and an optical navigation joystick and a microSD card slot to round things off.

You might wonder why it's not using the Sony Memory Stick M2 format and the rumour on this one according to Engadget is that the device has been developed in co-operation with HTC, which might explain how this device differs in many ways to other Sony Ericsson products.

Sony Ericsson has also put their own front end onto Windows Mobile and you can check out a promotional video for the handset here which will give you a glimpse of what's on offer.

The bad news? Well, the XPERIA X1 won't be available until the 2H of this year and it will most likely be a very expensive device even with network subsidies. 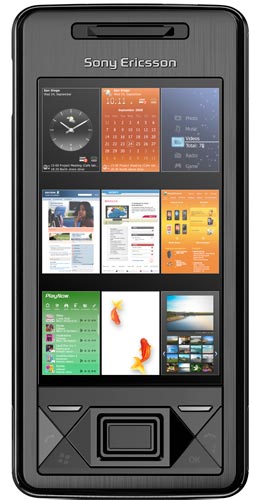 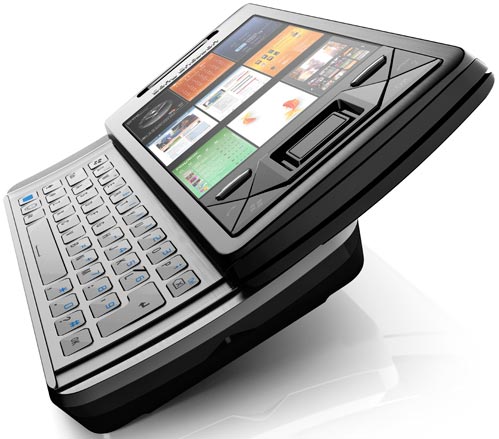